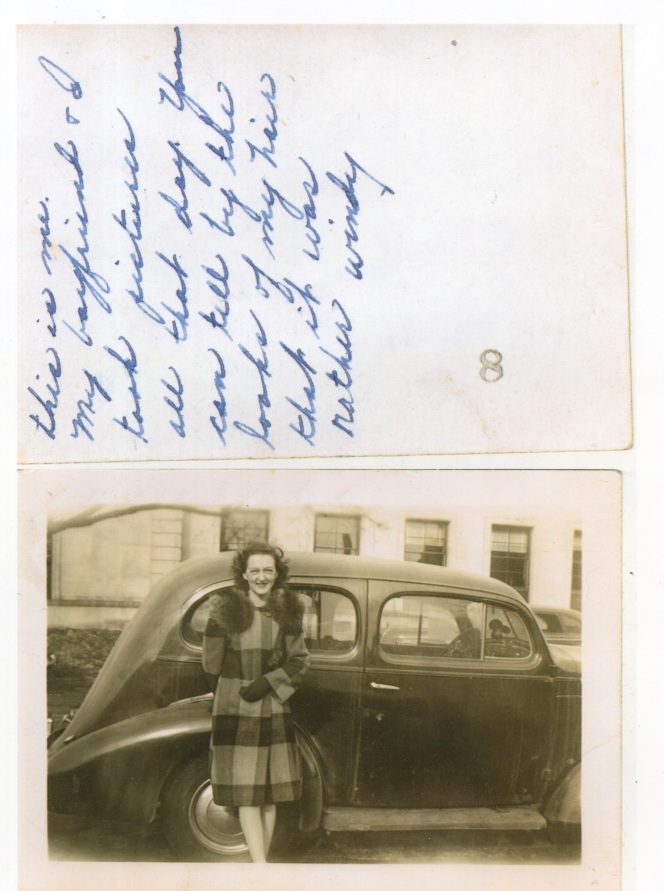 This is the original photograph of Ma. Inspiration for “In Her Youth” 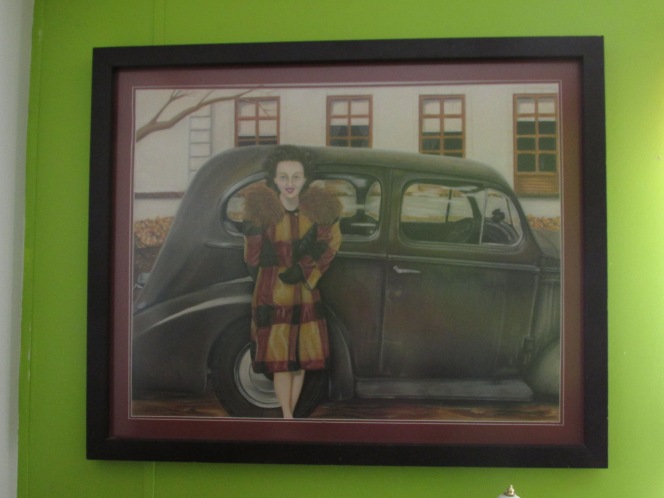 I found this picture of my Ma. It has to be in the late 1930’s or early 1940″s. The photo was a wallet size reprint. Ma had past several years earlier so naturally I called Dad. I wanted to know if he knew where this was taken and what kind of car this was. Dad was in his early 80’s by this time. I tried to describe the photo to him. He didn’t seem to remember it. So I decided to read what Ma had written on the back. It read,
“This is me.
My boyfriend and I took pictures all that day. You can tell by my hair that it was rather windy.”
Dad still had no answer to where this was taken.
When I asked him about what kind of car he had when they dated his reply was,” We never had a car date. I did not own a car until after we had been married.”
Which only added to the mystery of this photo for me. Was my Mother leaning on a strangers car? Or was this shot taken before she met my Dad? Dad seemed to think it was before he had met Ma.
I never really found out the story but I did decide that this would be a great challenge for me to recreate in a much larger scale. 32’X40″. Plus I added some color.

Flipping Through the Pages